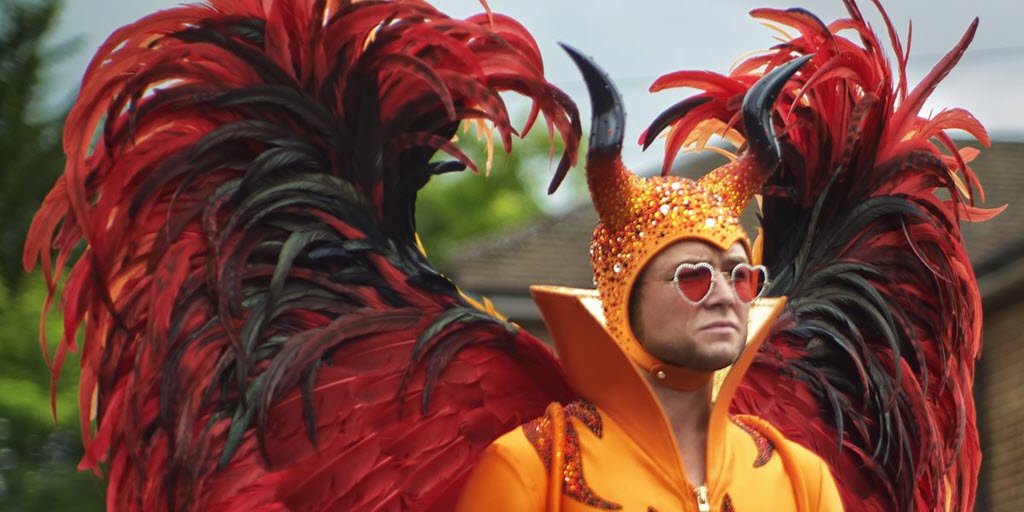 If you are a fan of the great Elton John or have a general love for music, you will certainly enjoy this movie. Given that we live in the age of social media, there are plenty of skeptics that wonder if the Elton John movie Rocketman is accurate or not. We did some investigative work so that you don’t have to look any further.

Some interviews of John Elton himself would be juxtaposed with what happens in the movie. When the film opens, Elton checks into a rehabilitation center to help with his drug addiction. He is battling with addiction (both drugs and alcohol) and mental well-being. And he genuinely seeks a remedy to his problems at this point.

I guess you ain’t in haste. Don’t worry you’d get the whole gist soon.

Elton discovers his talents at a tender age. He loves to sing and play pianos. And he develops significantly as the movie continues.

The movie reveals that Elton John has numerous challenges while growing. He has a nonchalant and unsupportive set of parents. They don’t care for him. The good of the story is his grandmother cares for him dearly. She helps him developed his passion and talents (music) immensely.

As a young man, he becomes famous alongside his band, and things start unfolding after another.

Suddenly, we see that he is signed under Liberty Records, owned by Dick James. His manager, Ray Williams, introduces him to Bernie Taupin (the lyricist). Ray Williams later shows the duo (Bernie and Elton) to Dick James, and they start working together.

Elton and Bernie leave for America to make a name and fame with their music. The pair get to the peak at their different niches. But Elton gets consumed and overwhelmed by fame.

In the process of stardom, he has a partner and manager called John Reid who tries to bring him down through manipulation and unloyalty. He gets disturbed and starts indulging in series of addictions.

Elton struggles with his life for some time, and after a few unsuccessful suicide attempts, he resorts to a rehabilitation center. He realizes that self-love is all he needs to get back on track — not seeking external love and validations.

1.Meeting with his lyricist
In the movie, Ray Williams introduces Elton John to his lyricist, Bernie Taupin. They’re later signed under Liberty Records which Dick James owns. That was the exact scenario in real life.

2. Elton and his father
In an interview with Sunday Times, Elton described his father as a “tough, hard, unemotional man”. The same way his father is portrayed in the movie Rocketman.

3. His real name
This was an easy one for the writers as Elton’s real name is Reginald Dwight, his actual birth name.

4. Ear for music as a young lad
In the movie Rocketman, Elton clearly has a developed ear for music. Other biographies about Elton revealed the authenticity of his remarkable ear for musical harmony.

5. His huge success at Troubadour, Los Angeles
Elton appears in America as nobody, but he pulls crowd with his talent — it was like a nothing to something.

6. His suicide mission
Elton attempts suicide in the movie and in real life. It was a good thing that he resorted to a rehab center to regain himself.

How Accurate is the Movie Rocketman to Elton John’s Real Life?

According to Dexter Fletcher, the director of the movie, the movie is not an apt biography of Elton John. He only considers the movie as a memory. In his words, he said, “memories are connected with feelings.” He talked about the sequence of events in the movie as it is not equivalent to real events.

For instance, Bernie did not write “Border Song” in 1967, and “I’m still standing” was written way back before he went to the rehab center. Contrary to what the movie presents.

John met Reid at a Christmas party in Motown’s U.K. offices — not at an after-party of Troubadour show.

With all the facts stated about the date of actual events and the date given in the movie, we can say — Elton John movie Rocketman is not accurate. Even the director validated this in an interview.