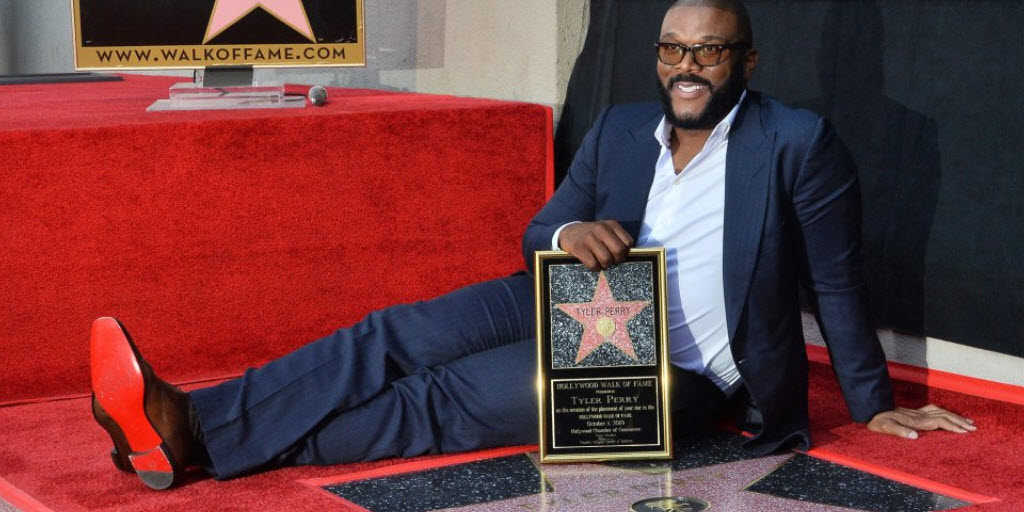 Tyler Perry is well known in the entertainment industry. He has scored multiple box office hits and has one of the best rags to riches stories in Hollywood. At the start of his career, Perry lived out of his car and was a classic struggling aspiring actor. With resilience, he pushed past his challenging circumstances and ended up writing one of his most well-known films of all time, Madea.

Tyler Perry’s success has only increased over time. He has produced, written, directed, and acted in many of his own films. He also has his own TV shows airing on a few different TV networks. To top it all off, Perry even owns his own production company in the heart of Atlanta!

With all his accomplishments, you would think that Tyler Perry is universally loved. But, this is not necessarily the case. In fact, when you hear people talk about Tyler Perry, many are divided on their opinions of him and his work. Why is this the case? Why is Tyler Perry such a polarizing figure in the entertainment industry?

I’ll talk more about this throughout the rest of the post! You’ll find out why people hate Tyler Perry’s work and why they love his work.

There are many valid complaints aimed at Perry’s work. People loved his first few movies, and after Perry gained most of his momentum and success in Hollywood, fans typically went one of two ways. Either they became superfans of Tyler Perry and would watch everything that he released, or they fell into the camp that has gotten sick of Tyler Perry’s “schtick.”

A lot of moviegoers and critics agree that Tyler Perry movies are too repetitive. Most of his films, and shows, follow a particular pattern. They take place in the South, and there is some kind of infidelity or abuse involved. The main female character leaves her husband/partner and finds someone who treats her better, and Christian values are put front and center in the film. Rinse and repeat.

Perry adds some minor variations to this formula, but his movies usually have some or most of these elements. In short, critics find Tyler Perry movies to be a bit too predictable. For some people, this can be fine. Yet, many people find his brand of entertainment overly simplistic and even offensive to the Black South.

This is because Perry tends to use many clichés and stereotypes when creating his characters, especially his black characters. No one would deprive Perry of his impact on Hollywood and the African American film community. But other black actors and directors have said that Perry’s portrayal of African Americans can be cartoonish, and in some cases, harmful.

Tyler Perry does tend to fall back on a lot of classic and outdated stereotypes. But not every one of his movies portrays African Americans negatively or simplistically. It’s just a pattern for most of his work. For example, he usually has a bible-thumping older woman figure.

In some of his films, Perry has represented a repetitive theme of black men and their infidelity. Critics also call out the portrayal of black women as pushovers who should either forgive their husbands or submit to a new love interest.

Some might disagree on this point, that Perry creates a negative image of the African American community. But, this criticism comes up a lot and is why many people tend to dislike his work.

Perry’s first initial movies were generally well-received. Many of his fans believed that Madea was original, funny, and helped bring some much-needed diversity to Hollywood. Really, for a long time, people in the African American community did not have the representation they wanted in Hollywood.

Perry helped bring black films to prominence and get more African American people excited to go to the movies. Many people, especially those who came from the Southern bible belt, felt he represented them well.

This isn’t universally true; many African American moviegoers have felt equally misrepresented by Perry. Still, he created a devoted following to his work, even with these speculative stereotypes. This is because Perry can create a cohesive and fun narrative in his movies and shows.

You always find someone to root for in his movies, particularly the women who have been cheated on and are interested in finding a new love interest. In addition to this, Perry has a lot of overt Christian messages that resonate with religious people.

And, he plays on slapstick humor that makes it easy to turn off your brain and enjoy a few hours at the movie theater without getting frustrated.

Where Does Tyler Perry Rank Amongst Hollywood Legends?

Overall, there are many reasons why Tyler Perry is loved for his work and various reasons why he is disliked. Perry has had a lot of success over the past few decades that cannot be discredited. He definitely caters to a particular niche that is likely to enjoy his films, and the popularity at the box office is proof in the pudding.

Some people think Perry should engage in more complex storytelling now that he has had so much success. Still, nobody can ultimately deny that Tyler Perry is an all-time entertainer.